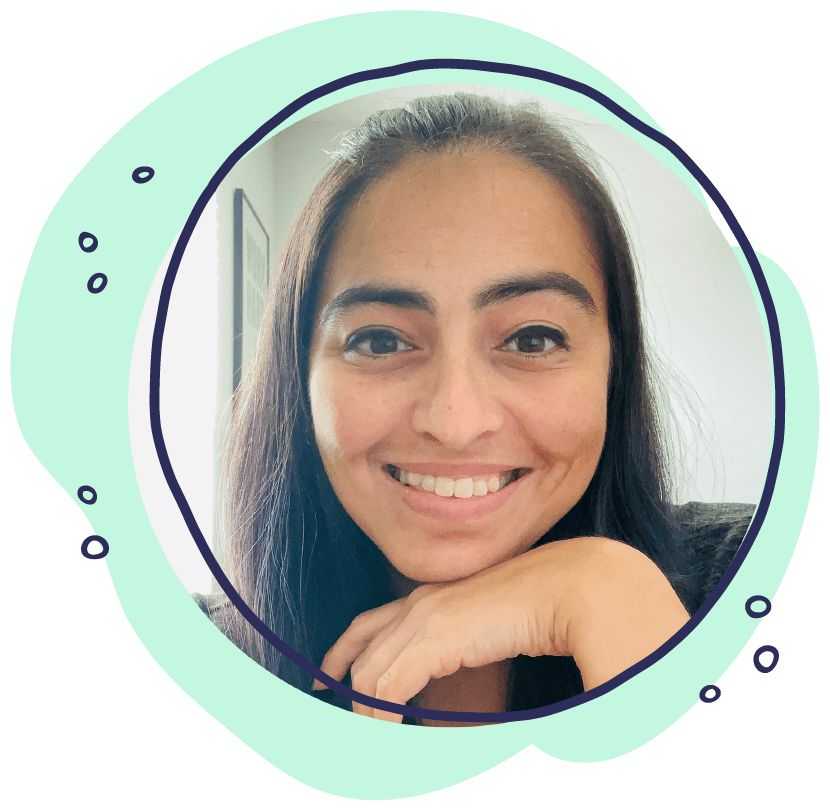 Hey there, I’m Kimberly.
I do design differently.

I delight in simple design made personal through meaningful flourishes like hand lettering, custom illustrations, and animation designed to attract your ideal audience to YOU.

I’m passionate about creating brands and designing AND developing websites that go along with them.

And yes, you read that right.

Not only do I design your brand, I also design your website AND develop it.
Most people are one or the other, so you have to hire 2 or 3 different people to get the work done.

Not here my friend. I’m your one stop magic shop.

I’m also a recovering perfectionist, which is fancy-pants talk for “I won’t stop until things look JUST right.”

I’m not your typical designer.

That’s probably because I didn’t start out as a designer at all.

When I was 5 years old, back in a little town called Escazu in Costa Rica, I told my Dad I was going to be an animator after he brought me back a View Master with Sleeping Beauty slides in it.

Seventeen years later found me in the U.S. graduating from the School of Visual Arts with a BFA in Traditional Animation. I went on to work for big name studios like Cartoon Network, Nick Jr., PBS Kids, and Disney on Broadway among others.

One day, I was preparing for my next project and learned I would be animating a talking butt (no… you read that right). That’s when I decided, I was breaking up with animation.

Luckily, I’ve always had shiny object syndrome and a project in my back pocket.

As I worked my way through different animation projects, I had also been creating brands and websites through word-of-mouth referrals. With a handful of freelance clients, I took a leap of faith and decided to work for myself.

I worked for 10+ years without ever advertising my services.

Three Years Ago,
Everything Changed.

My husband, Patrick, got laid off.

Sure, we had been toying with the idea of him leaving his secure job and joining me for years.

But who actually does that?

It’s the kind of thing you talk to death and never actually act on.

Still, I quickly created this website you’re on right now and began to market myself for the first time.

In our second year we reached 6 figures. In our third year, we moved to another state and designed the home that we live in today.

These days, Patrick and I spend the day working together in our home office. I work on all sorts of design and he’s either designing with me, working on his own illustration projects, or making restaurant-worthy meals (an added benefit of working from home).

Our boys get to enjoy both of us being home and seeing the possibilities of designing a life with intention. We never would have dreamed this could happen. We’re still not sure if we’re dreaming. If we are, don’t wake us up!

So what does my story have to do with you?

Well, I’m guessing you’re here because you are trying to design your life too and with it your business/brand/website or possibly all three.You’re trying to move to the next level with your business. I know all about that and years of working with many small business owners have taught me that there are only two ways you can move forward in design:

You can hire me as your designer.
There are sick benefits that come along with that. For starters, you don’t have to lift a finger and you’ll have a gorgeous brand and/or custom website.

You can put the work in.
I firmly believe that you shouldn’t have to be a designer to have a beautiful brand. Everyone deserves a brand they’re proud of that grows their business. 

That’s why I created a design community for non-designers that allows me to coach you through the process while you do the work. Plus with many downloadable resources designed by me, you don’t have to worry that you can’t afford a designer right now. You can work on your brand with custom-designed templates!

The decision is yours and I will be there with you every step of the way, no matter what path you choose.

My goal is to empower driven business owners to grow their businesses through gorgeous, custom brands & websites that will take their business to the next level and allow them to design their life with intention!

No matter what, you’re not leaving here without a gorgeous brand!

WORKED ON PROJECTS FOR